Rick Wholey and David Poitras manage a series of portfolios, developed to suit a variety of investment objectives, as part of Baird's Private Investment Management (PIM) program. The Wholey Poitras Group has personal capital invested in each model. In other words, we have our own money at risk. More information about each portfolio, including asset allocation, top holdings, and investment objective, is available in the menu. 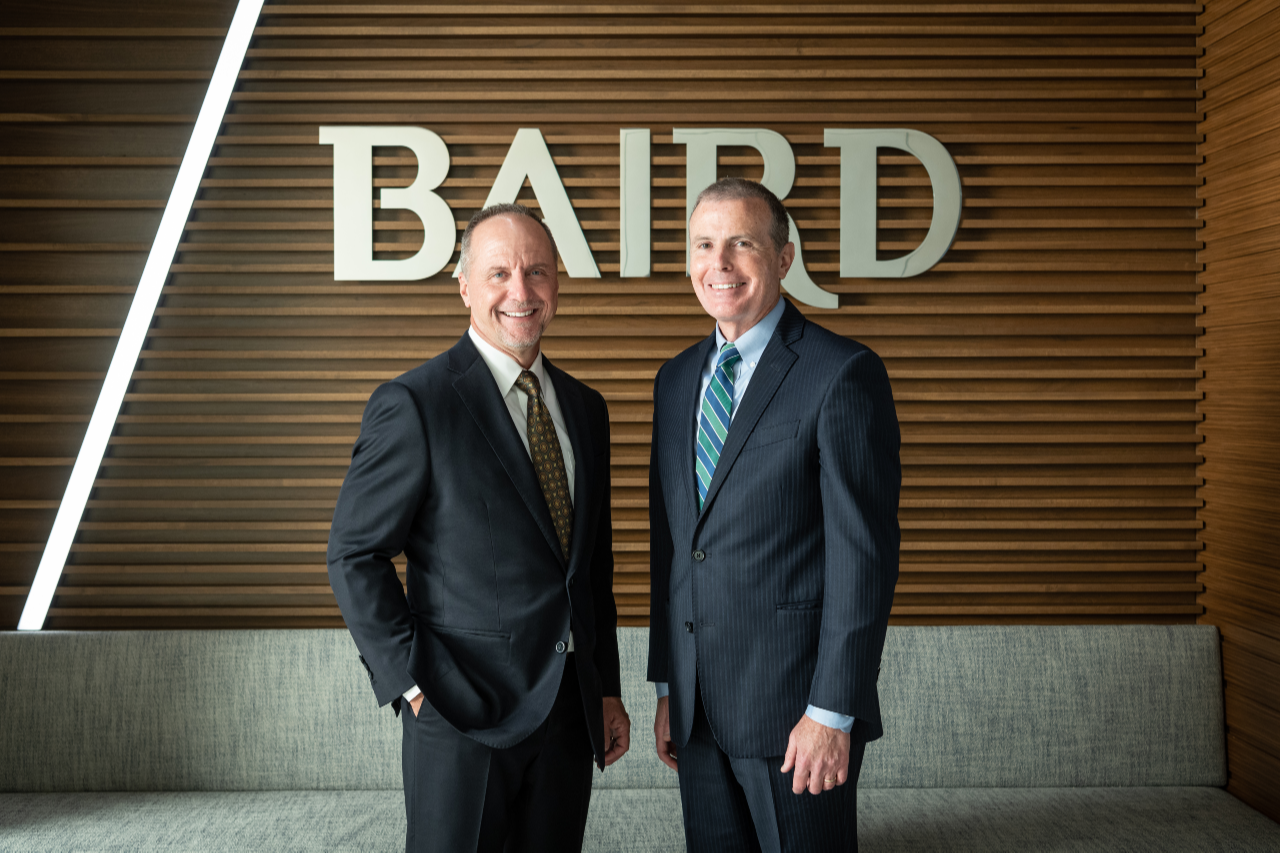 Rick Wholey and David Poitras met while working at a family grocery store in Wheaton, IL in 1980. Both enrolled at Northern Illinois University to study finance, they became roommates for Rick's senior year and David's junior year.

At the same grocery store, Rick got to know a regular customer whose brother worked at Wayne Hummer Investments in Chicago. He sent Rick's resume, and upon graduation Rick joined the firm, first supporting a partner's book of business before starting his own client practice in 1988. Eventually, he also took on additional responsibilities including co-authoring the firm's market letter, managing sales, and starting the research department. David joined the firm shortly after Rick, in 1985, first working on the bond trading desk, which he eventually ran, and managing the firm's money market and income mutual funds. In 1992, both became partners of Wayne Hummer Investments.

In 2002, David joined Rick in working with clients as a financial advisor, and in December 2005, they created Huskie Investment Partners, named after their alma mater’s mascot. Huskie is a "real money" model portfolio, with Rick and David's personal capital invested, that was created to showcase their best investment ideas and establish a track record of performance. Rick and David left Wayne Hummer in 2006 for Baird, a highly-regarded national firm, and made their Huskie model a blueprint for client accounts, featuring both high-quality stocks for growth, and opportunistic fixed income investments for stability and cash flow.

Rick and David, still partners, currently lead The Wholey Poitras Group at Baird. Now Managing Directors, they have expanded Huskie Investment Partners to include several additional model portfolios to fit different client investment objectives, including Huskie Rising Dividends, for those looking for both income and capital appreciation in equity investments, and Huskie Fixed Income Mutual Fund, for those looking for income through an actively managed portfolio of closed-end management companies. In 2008, Rick and David obtained their Certified Financial Planner (CFP®) certifications, adding advanced financial planning strategies to their practice, in addition to investment management.

Today, with the support of their team, they continue to offer their clients the same enthusiasm and commitment to excellence that has been the hallmark of their partnership. Grateful for the support and mentorship that they received throughout the years, they intend to dedicate this phase of their career to fostering the next generation of financial advisors.